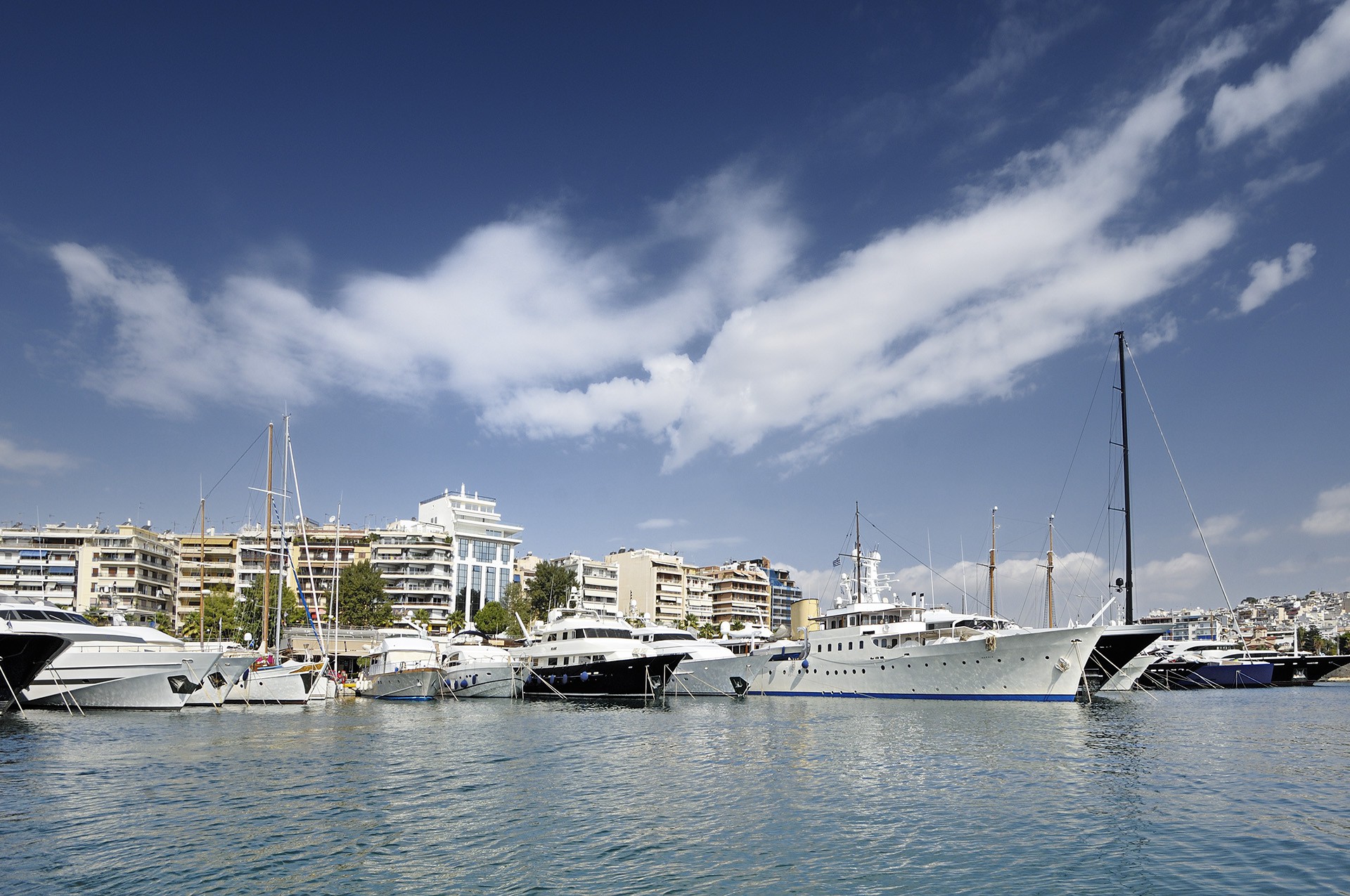 Within a short distance from D-Marin Zea you may visit the monumental Acropolis with its majestic temples and grand statues. Inhabited from the 6000s B.C., the Acropolis saw the last of its human occupancy in 6th century B.C. – when it was declared strictly Greek god territory. Its crown jewel, the glorious Parthenon, took over 15 years to build.

For fun galore, make it to Mykonos, 90 nautical miles southeast, shopping and eating your way up and down the chic Matogianni street. The island has earned its reputation as the Greek counterpart to Saint-Tropez but it has more up its sleeve.

The Hellenic Maritime Museum was founded in 1949 and is located at Zea marina, in Piraeus. The first attempt to found a museum dedicated to Greece’s maritime history was in 1867 by Captain Gerasimos  Zohios. But the project was not realized until influential Piraeus residents banded together with naval officers and lobbied the Greek government for an official archive of the country’s maritime achievements 82 years later. This unsung little museum narrates the country's mighty naval past from antiquity to the 20th century. Exhibits include miniature vessels, naval instruments, weapons, furniture, and wonderful paintings, maps and engravings.

The Veakeio Theatre and a church dedicated to the Prophet Elijah are the most popular buildings. The Municipal Theatre in the center of Piraeus was built in 1885 and remains an impressive neoclassical building. Located across from the neo-byzantine Piraeus Cathedral, it’s a renowned city landmark and a popular meeting place. The Municipal Art Gallery and the Municipal Library, one of the largest in Greece, are also prominent within the culture of Piraeus.

Piraeus is marked by the diversity of culture among its neighbourhoods. The hill of Kastella is one of the most prosperous and attractive neighbourhoods of the city, with a panoramic view over Athens and the Saronic Gulf. The coastal area of Neo Faliro has been upgraded and is also prominent, with the Peace and Friendship Stadium and the Karaiskakis Stadium, an indoor arena and a football ground respectively lying opposite one another.

D-Marin marinas are among the best managed ones, providing top facilities and services.