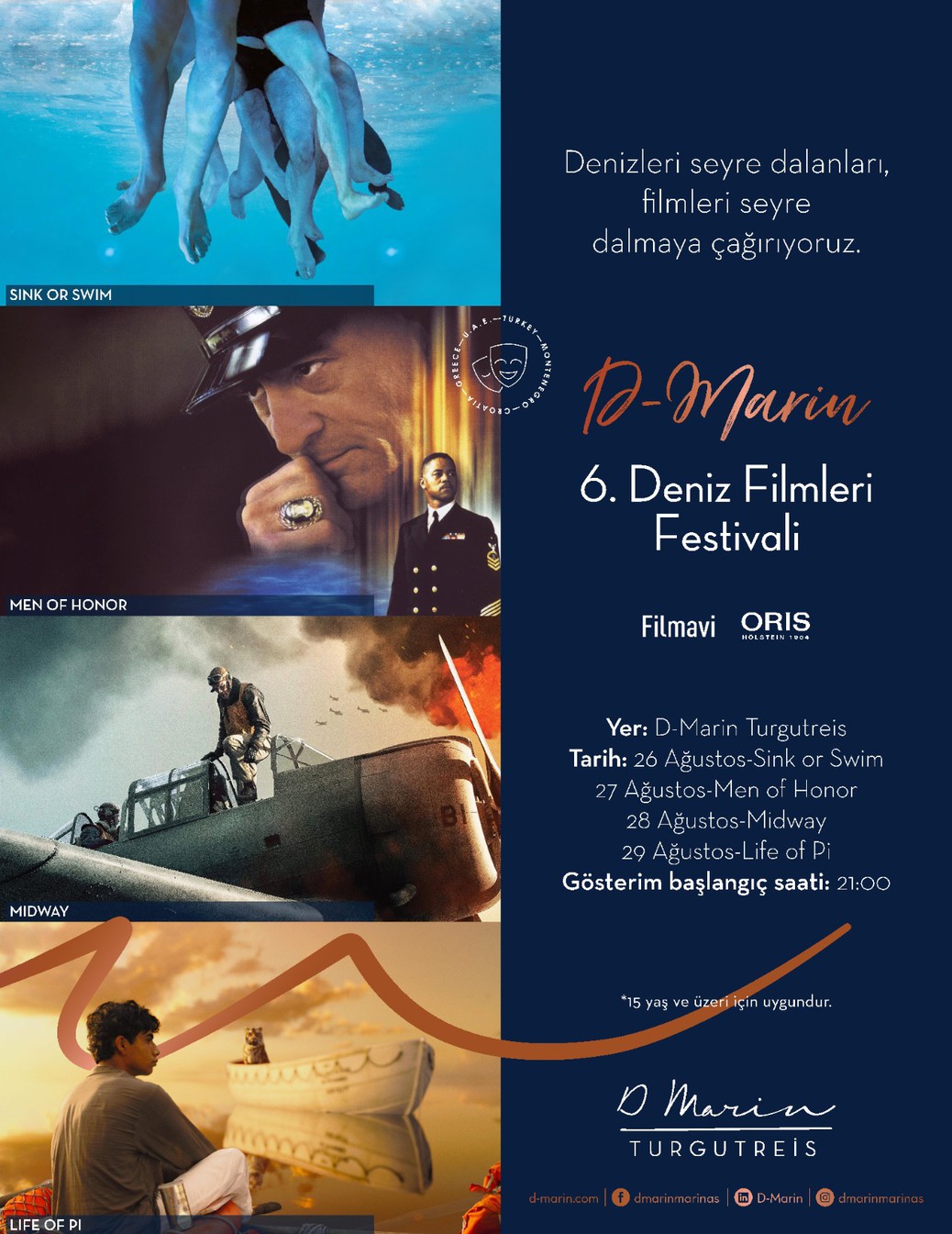 6th D-Marin Sea Film Festival will screen films related to the sea for the audience. During the festival, hosted by D-Marin Turgutreis, sea and film lovers will be able to watch the following films under the stars: Sink or Swim on 26th August, Men of Honor on 27th August, Midway on 28th August and Life of Pi on 29th August. All screenings will be free of charge and start at 21:00. The festival is open to the local community as well as boat owners at the marina. The seating plan for film screenings has been made to maintain social distancing as part of coronavirus restrictions.

The festival will open with Sink or Swim, a French comedy-drama featuring a group of 40-something guys, all on the verge of a mid-life crisis, deciding to form their local pool's first synchronized swimming team for men. On the second day of the festival, Men of Honor, a movie based on the true-life story of Carl Brashear, the first African American master diver and master chief in the US Navy in the 50s and 60s will be screened. On the third day of the festival, Midway comes to the big screen. The film centres on the Battle of Midway, a clash between the American fleet and the Imperial Japanese Navy which marked a pivotal turning point in the Pacific Theatre during WWII. The festival will end with Life of Pi, an adventure drama portraying an Indian teenager named "Pi" who survives a shipwreck and is adrift in the Pacific Ocean on a lifeboat with a Bengal tiger.